A new version of MISP 2.4.56 has been released, including bug fixes and improvements.

This is the first version introducing the misp-galaxy. MISP galaxy is a simple method to express large objects called cluster that can be attached to MISP events or (in the near future) attributes. A cluster can be composed of one or more elements, which are expressed as key-value pairs. You can now directly benefit from the shared galaxy with threat actors and tools used by attackers in MISP. 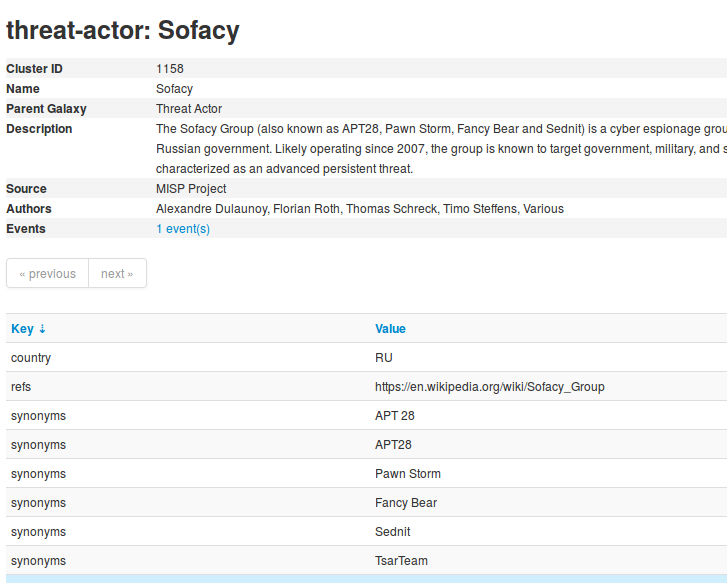 The release includes various improvements such as:

We thank all contributors.