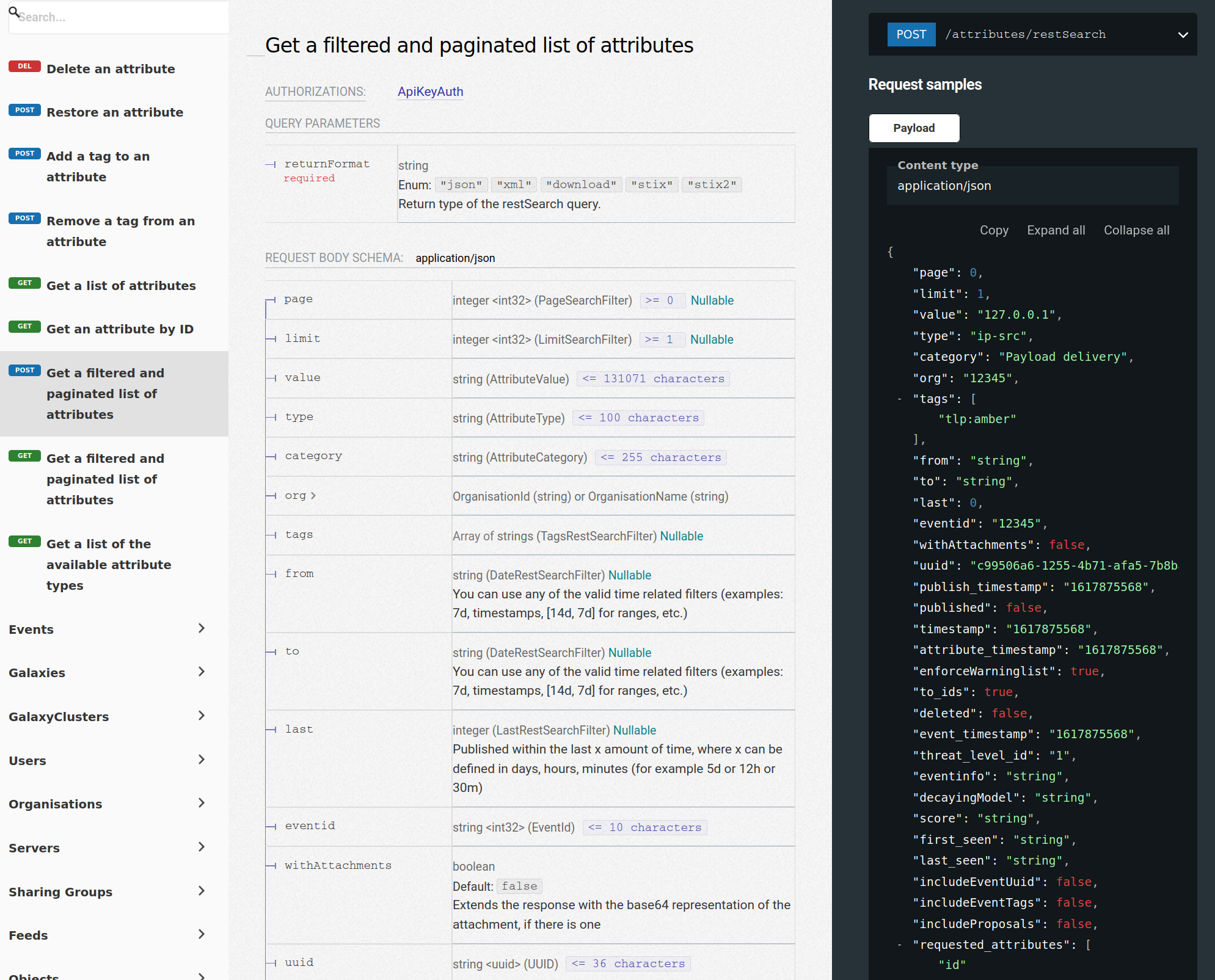 MISP 2.4.147 released including a massive number of small improvements, bug and security fixes. We strongly recommend all MISP users to upgrade as soon as possible. This release fixes CVE-2021-37534.

Many improvements were done in the synchronisation such as:

Many improvements in the API and CLI.