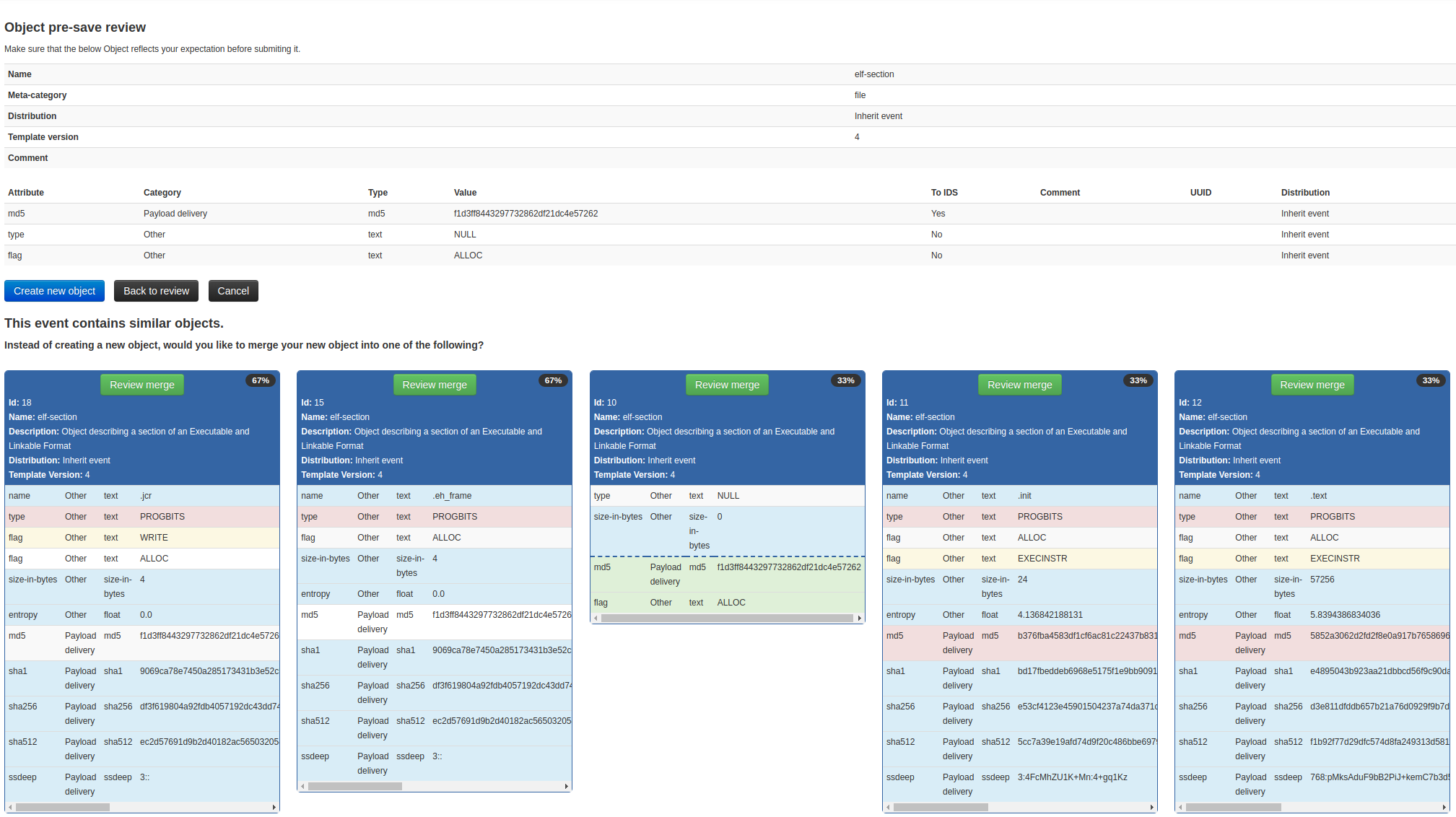 A new version of MISP (2.4.107) has been released with a host of new features, improvements and security fixes. We strongly advise all users to update their MISP installation to this latest version.

Similar objects and an easy to use tool to merge them

MISP objects are now a cornerstone of describing complex data-structure along with other aspects of threat intelligence. We have seen a regular process of analysts to add new objects and having similar objects in their analysis. In MISP 2.4.107 shows similar objects (with common attributes) and proposes merging strategies into existing objects. The user-interface is easy to use and part of the standard project.

For a very long time, MISP supported the sharing of pre-crafted YARA attributes and objects. As of 2.4.107, we’ve introduced the ability to export YARA rules generated from any existing attributes in MISP, via the yara and yara-json exports. Existing YARA rules will remain intact similar to the state before the current release and will be included together with the native YARA rules stored in MISP. The export depends on the Python plyara module.

Thanks to João Lucas Melo Brasio from Elytron Security S.A. who reported the following security vulnerabilities which are now fixed in MISP 2.4.107.

Many new MISP modules were added such as PDF, PPT, DOCX and XLS importer along with VMRay sandboxes analysis import.